From appearance to wordings 🚨18 signs of a fake rich person. ⚠️TAKE NOTES!

LadyRefines is a participant in the Amazon Services LLC Associates Program to provide a means for sites to earn advertising fees by advertising and linking to Amazon.com. Access granted to my disclosure.

As the saying goes “Don’t go broke trying to look rich”. Sadly, the whole faking wealth epidemic is in our culture these days. Seriously, everyone on social media is just flashing their money and show off their latest sports cars. Honestly, this is so disturbing and toxic. To stay away from these crowds, now it becomes our job to tell who’s the fake rich. Luckily, they are quite easy to spot out. Below, I’ve gathered 18 signs of a fake rich person. Take notes!

1. He doesn’t have a circle of rich friends

Well, that’s such a red flag. As Jim John said, “You are the average of the five people you spend the most time with”. So yes, a banker will have a group of financial friends while a start-up guy will surround himself with a bunch of start-up guys. And now you are telling me, YOU – a successful man who claimed to own an apartment in Bel Air doesn’t have a group of friends with decent financial background.

Just sink in for a second. Is that even make any sense?

Vice versa, if he claimed he has a powerful connection and keeps name-dropping the big names, that’s not a good sign either. Isn’t that appear to be trying too hard to seek your recognization? A real wealthy man will always keep things private and will never act in that way.

Yes, I know Bill Gates too! I use my Microsoft laptop every day!

3. He crown himself with complicated job title

I’ve come across a guy like this and that’s just classic.

He introduced himself as the CTO of an international company. Alright, that’s cool. And later on, that turned out to be a start-up of two. So his brother is the CEO and he is the CTO. That’s all, no other employees. Alright… if that makes you feel better, go ahead boy.

But seriously, be aware of the job titles. Whenever he said something like Vice President or financial controller, double-check what’s that exactly means in his definition first.

Once said, “you can always get more money but you cannot get more time.” True wealthy men are particular in time because they know these are the most valuable resources. They will always schedule things out to fully utilize their time. So if this guy seems so chill about time and doesn’t care if you are 30 minutes late or arrive on time, he is definitely not a classic rich man.

5. Fake rich love to show off

Remember this “Wealth is quiet. Rich is loud. Poor is flashy.” That pretty much sums up everything. If owning a Rolex watch is such a big deal for him to create 13 stories on Instagram. He is probably an insecure person deep down and again, a fake rich.

An LV monochrome sweater with a Hermes belt and a FENDI leopard pants ALL IN ONE OUTFIT? No, thank you. Just no.

If you are meticulous enough, most of the high fashion brands have two different lines that respectively cater to old money and fake rich. Go to the Burberry website for a quick scroll and you will understand what I mean.

Self-discipline is the No.1 delineating factor between the rich and poor. Do you know what hobbies scream fake rich? Clubbing, drinking, and partying. Vice versa, the really rich are obsessed with personal development and quality time. From reading books, going to the gym, meditation, spending the weekend with family, they know how to live a real life.

8. A fake rich will invite you to the parties that never really exist

it’s all fancy until you realize they’re just saying. Yacht and the Great Gatsby themed party on the coming weekend?

Drinking vodka and processed food? He is not a real rich.

Yes, I know Warren buffet loves Coke Zero but in general, the rich guys really care about food and nutrition. You’ll find the real rich dress decently and enjoy a 3-hours fine dining experience in a Michelin restaurant. He knows how to taste red wine comes from and he knows different types of cheese. He enjoys knowing the history and different cultures, which you rarely find this quality from the fake rich.

A real rich has seen it all. Knowing people from all walks of life, he is always humble and calm. As for the fake rich, his world is really small. A classic example is during a chat, he loves to shift back to the topic to himself and saying that same old joke again. (Eye rolls…)

11. He always has the latest iPhone

Keeping up with the trends like an 18-years-old? Only fake rich cares.

If he doesn’t really understand how money works, is that even possible he is the real rich? Fake rich have poor financial literacy. Bookkeeping and budgeting aren’t their things.

To be frank, some of them don’t even know the difference between asset and liability.

13. He disclose his finance publicly

While a normal person may feel uncomfortable disclosing their finance, the fake rich is just the opposite. It just feels like he screams “Hey! Here’s my money, come and grab some!”

Being fake rich is terribly costly. After all, you’ll need to buy all those bling bling things to satisfy your appetite. So yes, even he is a high-income earner, high chance he doesn’t have decent cash flow and saving at all. Worse case, they are in debt to support their lavish lifestyle.

15. They work for others

He presents to you that he’s the boss, but soon you find out he has to leave early because his real boss emailed him.

16. They own expensive cars

Not only expensive but those flashy sports cars like Lamborghini Aventador instead of a practical SUV. You better watch out.

17. How they treat the waiter

If they treat strangers rudely, he is not the real rich nor classy…at all. Period.

So here are the 18 signs of a fake rich person. What are your thoughts about that? Have you met anyone act in this way? Please comment down below!

Most of the time, when we say we want to be rich. We are talking about the old money. The well-educated, healthy, driven human being that living their best life. If that’s what really interested you, I’m sure you’ll find the read below useful! See you there! 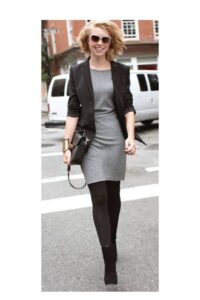 {How to style denim vest right?} 28 denim vest outfit ideas to level up your style!

{How to style denim vest right?} 28 denim vest outfit ideas to level up your style!

Stunning 26 looks with slimming tips:What to wear with shirt dress?

Stunning 26 looks with slimming tips:What to wear with shirt dress?